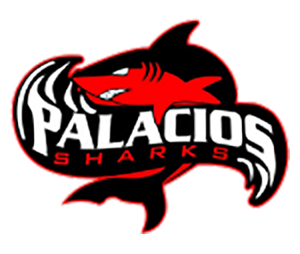 The second was extremely eventful. Mathis received the kick-off on the own 25-yard line. On third down Lev Tanner forced a fumble and JJ Alcantara picked it up only to have the ball knocked out of his hands on the two-yard line. The rolled out on the end zone and Mathis took possession of the ball at their own 20-yard line. Mathis made three first downs before scoring on a 32-yard TD pass. The two-point try failed. Sharks 7 Mathis 6. The Sharks took the kickoff to the 5o-yard line. After making three first downs, JJ Alcantara completed a 1-yard TD pass to Matthew Sandoval. The two-point conversion attempt failed. Sharks 13 Mathis 6 Mathis took the pursuing procession over after the kickoff return at their own 14-yard line. Mathis quickly drove the ball down the field making three first downs, only to be stopped by the Sharks defense on four downs at the Sharks 14-yard line. The Sharks controlled the clock and the Mathis defense making five first downs. From the 21-yard line, JJ Alcantara scored on a 21-yard TD run. The PAT kick by Eduardo Nunez was good. Sharks 20 Mathis 6. Mathis took possession after the kick-off on their own 35-yard line. On the very first play Wyatt Filip intercepted the Mathis pass and returned for a 46 yard pick six. Unfortunately for the Sharks there was a block in the back before he scored, wiping out the TD. The Sharks took procession on the Mathis 20-yard line and ran out the clock.

Bringing the Sharks Season, 1-4 on the season and 1-1 in district

Comments: This victory was one that the Sharks needed going into their open week before playing Industrial in two weeks. We are very proud of the teams efforts!!!!